Google’s Chromecast Device makes it really easy to project media from MacBook to TV. You will find below the steps to Setup and Use Chromecast on Mac.

Setup and Use Chromecast On Mac

Previously, it was possible to Setup Chromecast on Mac by downloading the Chromecast App to computer and completing the entire setup process directly on a MacBook. 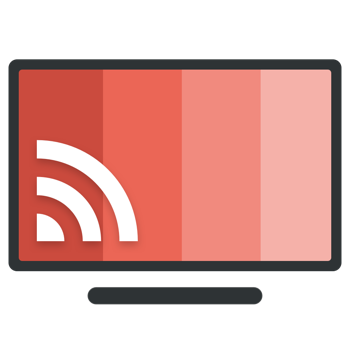 However, Chromecast App is no longer available for download on Computers and currently the only way to Setup Chromecast Device is by downloading Google Home App on a Mobile Device.

Once the Setup process is completed, your Mobile Phone and the Home App is no longer required to project media from MacBook to TV using Chromecast.

With this understanding let us go ahead and take a look at the steps to use Chromecast on MacBook.

The first step is to attach Chromecast Device to your Home Television.

1. Plug in the HDMI End of Google Chromecast Device into the HDMI Port of your Home TV and Plug the USB End of Chromecast to USB Power Adapter (See image below).

2. Next, use the Remote Control of your Home Television to change the Source Input of your TV to match the HDMI Port (HDMI 1, HDMI2….) into which the Chromecast device is plugged-in.

Note: On most Remote Controls you can change the Input Source by pressing Input or Source button.

Press the designated button on the Remote Control and make sure the Television display changes to the selected HDMI Port.

The next step is to setup the Chromecast Device by using Google Home App on your Mobile Phone or Tablet.

As mentioned above, the Mobile Device is only required during the setup process, after which you will be able to use Chromecast directly on your MacBook.

1. Download Google Home App on your iPhone from the App Store.

2. Once the Home App is downloaded, open Home App and tap on Accept to agree to Terms and Conditions.

4. On the next screen, select Home and tap on Next.

5. Wait for Google Home App to Locate your Chromecast device and tap on Yes to continue.

7. On the next screen, you can tap on either Yes, I’m in or No thanks to move to the next step.

8. Next, select a Location for your Chromecast Device and tap on Next.

9. On the next screen, select your WiFi Network and tap on Next.

10. Finally, enter your WiFi Network Password to finish the Setup process of your Chromecast device.

1. Using Safari browser, go to Google Chrome’s website to download the latest version of Google Chrome on your Mac.

2. Open the downloaded googlechrome.dmg file on your Mac by double-clicking on it.

3. Move Google Chrome to the Applications Folder on your Mac.

You will now find Chrome browser Installed and ready for use on your Mac.

4. How to Use Chromecast on MacBook

All that is required to use Chromecast on Mac is to access the Cast feature as available in Chrome Browser.

1. Open the Chrome Browser on your MacBook.

2. Click on 3-dots menu icon and select the Cast option in the drop-down menu.

3. Now, when you play any YouTube Video or Netflix Movie on your MacBook, you will find it playing on the larger screen of your Home Television.

Note: The Cast Icon appears only on YouTube, Netflix and other supported Apps.

To use the Chromecast Mac app, you will, of course, need a Chromecast supported device or a high-definition tv that comes equipped with an HDMI input. It is mandatory to ensure that the Chromecast Mac PC ap and the device in which you are about to cast in are working on the same network. All you have to do is to click on the Cast button to start sending a live stream to the Chromecast device and make them play in real-time on your smart tv or in any other supportive device. Get a wide range of support with the Chromecast Mac PC app including the MOV, MKV, MP4, FLV, X264, and more. You can easily choose between various quality settings based on the speed of your WiFi connection and cast content in 480p, 720p or 1080p. Enjoy watching HD visuals with crystal clear sound with no limitation unlike other casting services as with the Chromecast app download. Chromecast is one of the easiestscreen sharing applications available with which you will get smooth and seamless playback.

The salient features of Chromecast Mac Download are listed below

Cast Contents: With the Chromecast Mac PC app download, you will be able to play various types of media contents by casting it on your smart TV directly from the Mac desktop PC.

Wireless Control: You can quickly set up and control your Chromecast devices wirelessly without any hassle as Chromecast will cast media contents into other devices without needing any wires.

Same WiFi: It is important to connect the both Chromecast app installed and the other device to which it is cast with the same WiFi connection while using the Chromecast for Mac App.

HDMI Input: Any smart device which has the Chromecast support must be equipped with an HDMI input to cast the contents on the go with ease from Chromecast Mac app.

File Formats: Get the support for a wide range of file formats as with the Chromecast Mac app download including MOV, MKV, MP4, FLV, X264, and more.

Video Resolution: You can cast media contents in any video resolution types or based on your internet connectivity speed in 480p, 720p or 1080p with the Chromecast Mac PC app.

To install and use Chromecast (Google Home app) on MAC, you need an emulator. Bluestacks is one of the most famous and popular Android emulator which can be used to install Android apps on your MAC.